In the News: Teacher, author's past inspires women 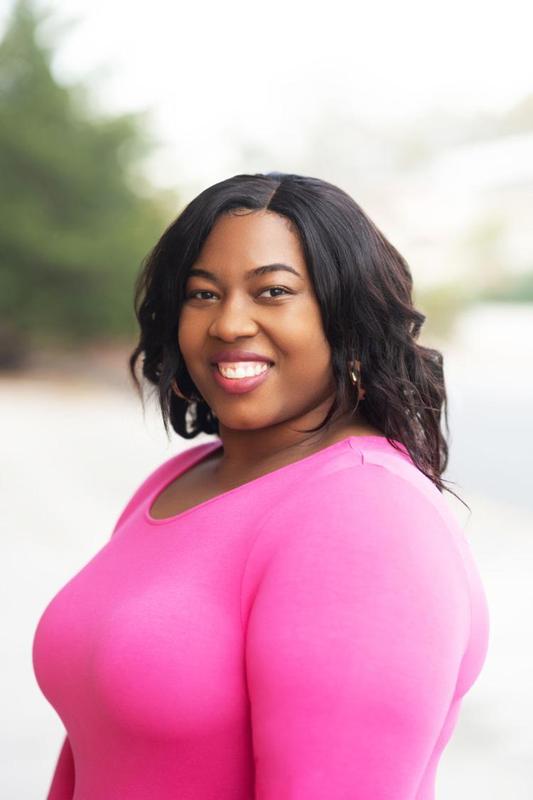 Life for Stephanie Cooper hasn’t been easy. In fact, some periods were downright horrific.

The Brunswick native grew up harboring a secret. As a child, she was sexually molested. And, as with so many survivors of abuse, Cooper tucked the trauma away, trying to go on as best she could.

“But being molested as a young girl definitely affected me in many ways. I was trying to control things in my life. I was fighting when things weren’t going my way. Now I know that everything really stemmed from that trauma.”

Through the difficult times, Cooper leaned on her deep faith. She found herself turning her troubles over to the Almighty, while praying for guidance.

“I really had to have faith in God, trusting Him no matter what. I knew I could depend on Him to lead the way and guide me. So I learned to relinquish control,” she said.

By letting go, Cooper was able to find her footing.

She graduated from Brunswick High School in 2004 and then worked to pursue a degree in education.

In her free time, she was also pursuing another passion — writing. Her path to authorship began when she shared some experiences in an online prayer group.

“I actually met my friend, Alandria Lloyd, and we really clicked virtually. Alandria has a company called The Writer’s Block LLC, and she suggested that I take my testimony and turn it into a book,” Cooper recalled.

“Both books are directed toward young women but also ‘seasoned’ women. They are written from the perspective of giving your younger self advice,” she said. “The topics range from sexual molestation to domestic abuse and suicide.”

Both of the books reached Amazon’s Best Seller’s list, as Cooper found an audience eager for inspiration in trying times. She also published an e-book entitled, “Until the Wait is Over: When Will My Season Come?”

While documenting these experiences has been challenging, Cooper felt the need to share her painful history as a service to others.

And the stellar response she has received has made it worth it.

“It makes you vulnerable ... you really have to tap into your inner strength. I’ve had people who have messaged me to say ‘thank you for sharing that’ or ‘that’s what I needed to hear,’” she said.

“It reinforced that I was doing the right thing. It’s something that needs to be talked about. I want to have a conversation with other women, so that they will be inspired to continue to work on themselves by getting help and therapy.”

Cooper continues to share that message in her latest work, “Blessed Is She That Believed.”

All of her publications can be found at a website of the same name, blessedisshethatbelieved.com.

As she shares her story, she also seeks to lead by example.

Cooper recently started working as a teacher at Glynn Academy, where she’s found a home connecting with young minds.

“I got a message from one of my students who told me how excited she was to have a black teacher. So it’s good to know that I’m making that kind of impact on African American girls. It makes me feel good,” she said.

Through both her work in the classroom and behind the keyboard, Cooper’s life is a testament to grit, perseverance and devotion.

“I hope that people will read my story and other women will know that, no matter what, God has a purpose for them and there is a reason for going through what we go through,” she said. “It really changes your perspective. And, you know, now I’m blessed with a job. I just bought my first home in September. I have a new book. Even with everything that’s happened, the Lord still provides and He is still ‘keeping’ us.”