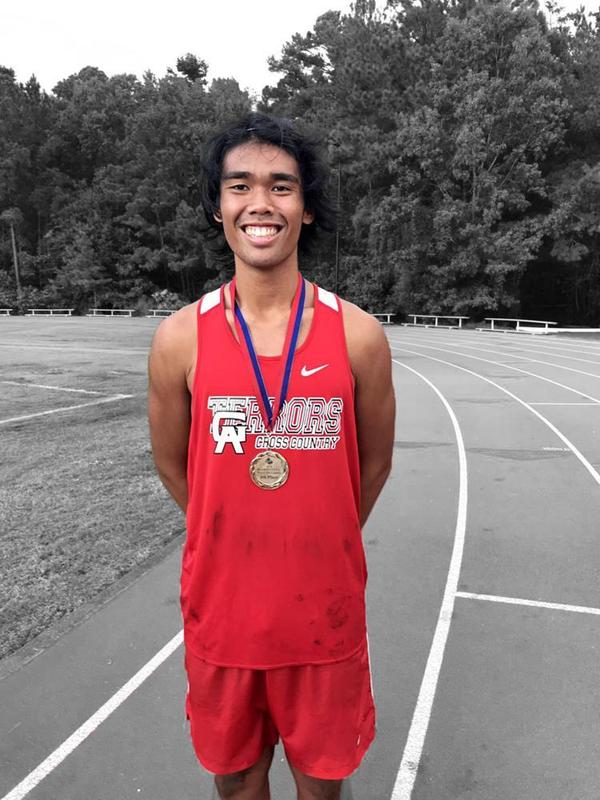 Not only was Phillip Bulatao the top male runner in the area this season, he became the fastest racer in Glynn Academy history four times over, making the senior the obvious selection for The Brunswick News’ Male Runner of the Year award.

Bulatao broke the Terrors’ school record for fastest time in the boys 5k early in the year, which would have made for a fantastic season for anyone alone. But then Bulatao broke the record again, and again.

By the time the campaign came to an end, Bulatao set the school record four different times, leaving the mark at 16:18.

He went on to place fourth at the Region 2-6A meet in Richmond Hill, and he ran to a 10th-place finish at the Class 6A state meet in Carrollton with a time of 17:16.14 to complete his remarkable season.

Bulatao rarely had an off day — his average time of 16:53 was the fastest in an 11-county area, helping him earn the 2020 Altamaha Area Male Runner of the Year award.

A mathematical formula calculated by taking the season best time, season average time, and state meet time of every eligible runner from the 17 schools in Glynn, McIntosh, Wayne, Long, Tattnall, Appling, Toombs, Montgomery, Wheeler, Telfair, and Jeff Davis counties — the Altamaha Area — ranked Bulatao the best, and we can’t help but to agree.