In The News: GA Graduate Recognized for Art 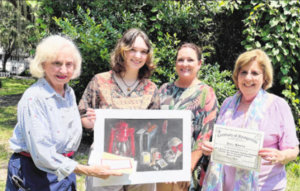 As a junior at Glynn Academy, Boyer also won an art contest at the annual CoastFest event hosted by the Georgia Department of Natural Resources.

Boyer enters the College of Coastal Georgia this fall to major in business with plans to someday own a salon.